From the 5th to the 8th of March took place in Tunis Plastic Expo 2019, a fair dedicated to plastics. TRIA was present together with Fluides Services.
Here, in the stand of about 300 square meters, one of the largest and equipped with machines and accessories, TRIA exhibited its JM 3220.

Fluides Services, is a company that counts 30 people managed by Kamel Rebai and his son Akrom, and since 25 years, is representing companies in the Tunisian and Algerian market as:

The company, thanks also to Akrom's local market development work, who is present in Morocco since two years, has decided to exploit the creation of the so-called "free trade zones" granted by the government, in order to expand its market action in the automotive sector.
A sector that is constantly growing in the Maghreb area; the agreements already signed by many car manufacturers with local governments and their intention to move the production of some components and even entire car models by 2021 are proof of this. 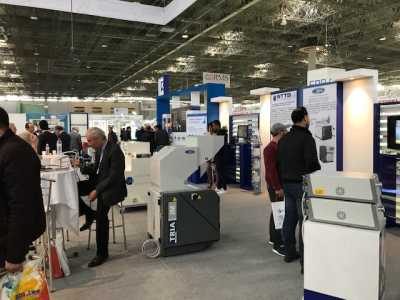